Today I decided to take a longer lunch hour and go see my baby brother Ryan and his wife Sarah off at the local airport. Ryan has been offered, and accepted a job in New Hampshire so of course while I am happy for them, it will be hard to see them go so far away! I mean…this is my baby brother who once started his hair on fire because he was shooting bottle rockets out of a glass from the top of his head! I was a good enough sister to catch it all on video but I guess when we didn’t win the $10,000 prize for funniest home videos😜😭…well, Ryan decided to go be all smart and landed a career that can basically take him anywhere in the United States!😍

So when I heard they were flying out from the airport I knew I wanted to go see them! I figured I would take the kids because this is the same airport I used to take Skyler to when she was younger. We always loved watching planes take off and like Skye reminded me today…we would always try to see the “big red one” fly in for landing or take off…but we rarely ever saw it.

With a bad back and four kids…go figure…we were later than planned and Ryan and Sarah were all ready to board when we arrived! And when I could not understand the lip movement or gestures my brother was saying to me through the glass…

He was able to come back through the gates to visit with us!

And then it was time for him to go back through security and get ready to board!! 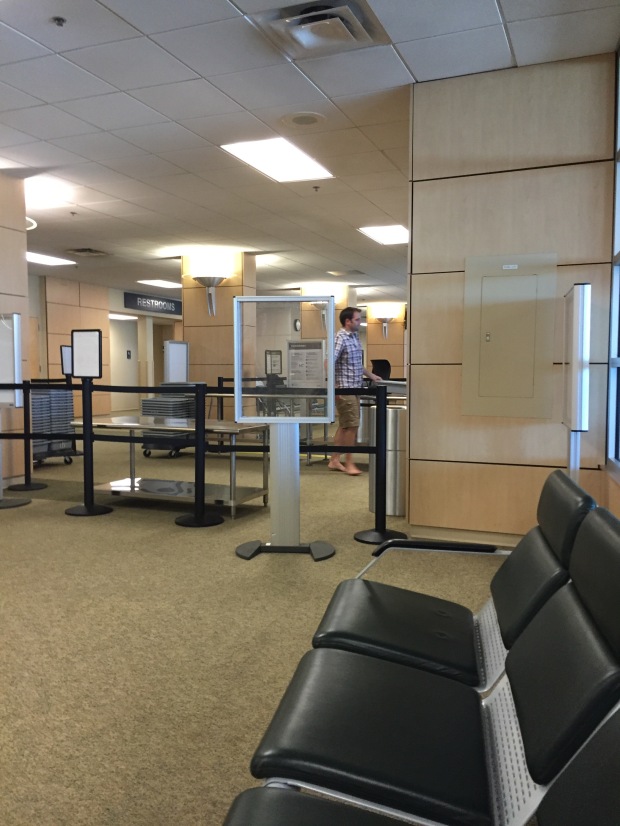 The kids and I then went outside and watched their plane take off and the sound of the engine never gets old to me!! 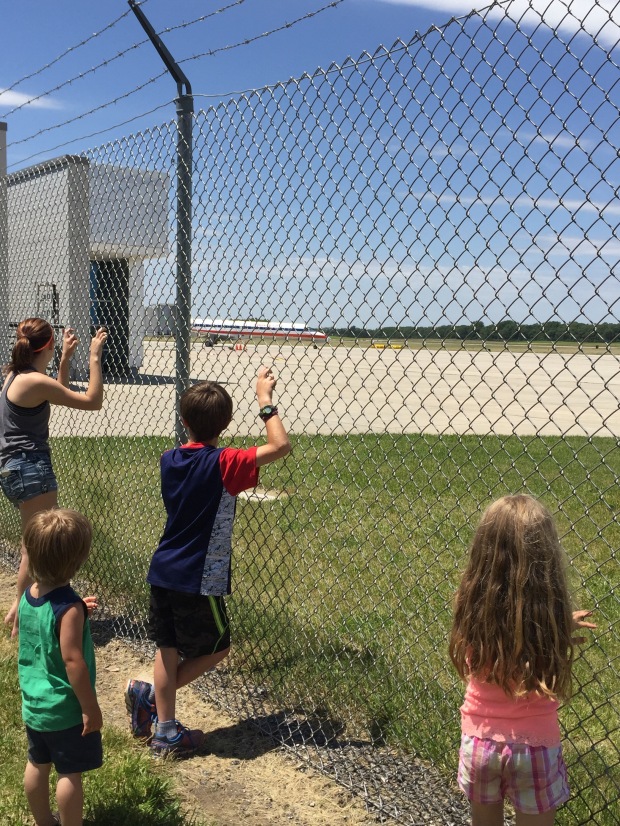 And somehow, which you would never have believed it if I didn’t have the picture, but before we left, I was able to talk Skyler in to it…which really wasn’t that hard to do😜…and we are backwards and not quite like the original because yeah…I think we both felt awkward once we actually attempted it! Haha!😭😭😭 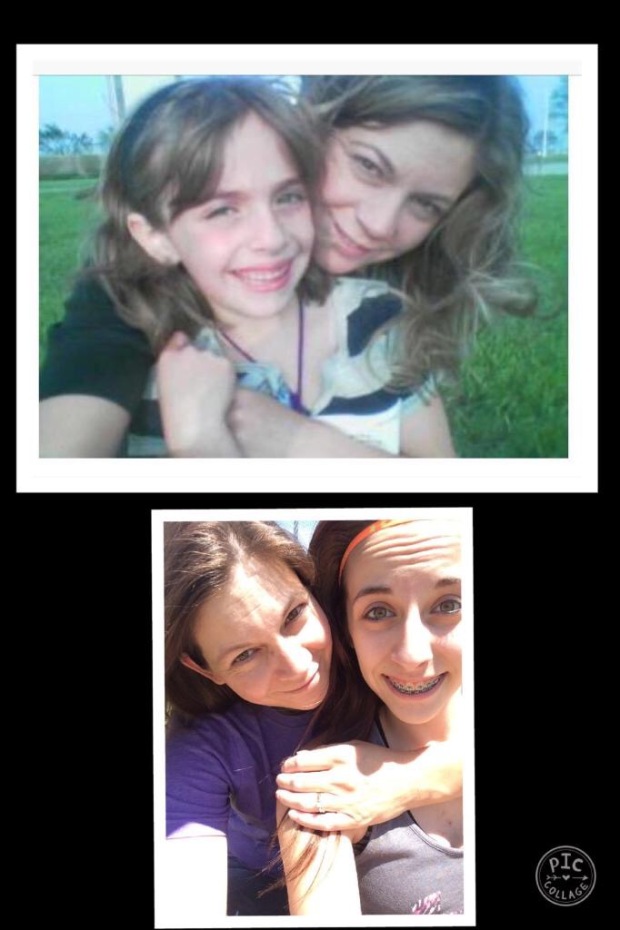 And this one she even took her headband out and tried to split her bangs!! And I just look awful! Oh my goodness! Haha!

The original picture was us at the airport when she was 7 years old…one of the first pictures I took after doctors had recently told me to get arrangements made because I only had a few years left!  Yet here we are again 9 years later!!

Anyway, it was quite hilarious when she sat down in front of me but yeah, very weird so we didn’t try too hard! Haha! But we all had some good laughs over it and that’s the important thing!

Please keep Ryan, Sarah and the kids in your prayers as they travel to look at houses and then begin the whole moving process. I can’t imagine how many mixed feelings they are experiencing but the opportunities for them are endless and I hope everything goes as smoothly as it can for them! Love them dearly and wishing them all the best!!

That’s it! I will not cry and get emotional! Shaaa right! Okay, I cried when they walked out the gate, when they got on the plane, when the plane took off…and then I cried on the way home…but that could have also been the excruciating back pain!😜 Either way, I’m good now…until next time 😍😍 but hey, we now have a free vacation destination so no tears needed!!

Now I’m going to go pick a random picture so that the last photo isn’t of me and Skyler because I think the last picture is the one that shows up on the newsfeed😜 Enjoy the rest of your week everybody!