Well, with all the excitement of my book, I must say it was a great distraction from yet another frustrating week. After emails and phone calls to Iowa City, still no word back from pulmonology in regard to giving the final approval for my injection. I did talk to the local nurse who informed me that this local doctor has been reading up on what fibrosing mediastinitis actually is, which I thought was pretty cool! BUT, he again does not want to do the injection until he gets that final approval! Which I completely understand…but still frustrating! And I continue to wait.

I also started physical therapy and this too was extremely disappointing. The pt was of course very intrigued by my illness and had many questions which I was more than happy to answer. As she began to examine me she had a puzzled look on her face and at one point just stared at me. Instantly my heart raced because I know what that look means…but this is my back…I should not be getting “the look.”

Unfortunately that same look implied what it always has in the past, followed by her telling me that I was not exhibiting the “usual” symptoms for a herniated disc. She reports that there were four things wrong with my back listed on the order she received, which was already “different.” She them stated that she was wondering if I could have a bulge in an unusual spot, something very “uncommon” but she said it has been known to happen. Really? “Uncommon” and “different” for back problems? So yes, you know where this blog is going.

She continued to exam me and noticed all of my extra pain and sensitivity was in the right side of my spine pretty much from the middle of my back all the way down. She also said it appeared that I had a lot of inflammation. Did you read that honey?!  Not gaining weight…I’m just full of inflammation 😊

Due to such “unusual” symptoms she said she was going to call my doctor to visit with him as well as request to see the MRI. And then it was time for…traction! Due to me not being able to lay on my stomach, she had me lay flat on my back and then put a belt around my stomach and made it tight. Okay, to those of you reading this, probably thinking no big deal, but to those with FM…you are well aware of the problem here. I have 8 stents in my chest, I sleep elevated, I get heart palpitations and my breathing is not regular, so laying flat with my stomach constricted was not good.

She then put a rope around this bar thing that was above me then attached the rope and lifted my whole middle up, turned off the light, shut the door and there I hung…for 45 minutes!! While I couldn’t always get full breaths on occasion, it did relieve some of the pain in my leg and back…until it was over.

As she unhooked me and lowered me down, the pain in my leg and back was instantly back even stronger. I figured this was common as any type of therapy always takes time before you notice results, but she thought differently. She was actually shocked that my pain had returned so fast after such a long session of traction. Again she stared at me and shook her head then said “I was going to have you see another therapist but you’re too complicated so I’m keeping you for myself.”

I actually got a kick out of her honesty and the fact that she didn’t pretend to know what my body was doing. At the same time I was quite disappointed that this turned out to be another problem that couldn’t be cut and dried for me. Unlike the typical patient who would be receiving exercises to do at home, she told me to avoid all activities that bring on the pain, but then she realized that I have pain when I walk, stand or sit. Again she gave me “the look” then basically just said for me to do the best I can.

My second session I thought would be better because I told her my back seemed to improve but this darn right leg was still excruciating. She burst my bubble by stating she would have liked it better if I would have said it the other way around…that my leg was better but the back was still bad. She did state that she had seen my MRI which had shown the bulge was pressing on a nerve…an unusual spot of the nerve…making it difficult for them to exactly pin down what is needed to improve my pain. She then questioned what the doctors would think about surgery…back surgery that is. Since she has been so blunt and upfront with me I decided to do the same with her by responding “the doctors might be okay with it but I’m not and I won’t have surgery.” Well that is that she said and then she discussed the pros and cons of back surgery. I again said I would not do it.

We did the traction again but I got no relief from it. But, this time she had come up with some exercises for me to try at home. It’s a start!

So, that’s where things are!

I also picked up the 5k packets for dad and myself and yes, seeing the shirts made me even more disappointed that I will not be participating due to this back and leg pain….because of BACK pain, not because of my FM! Ugh! Nice shirts though and I will have to walk the route someday when I am better to feel like I earned the shirt 😉 And from looking at the pictures I’m posting, makes me realize that I haven’t heard the phrase “but you don’t look sick” in a long time! I get a lot of “you look tired” and yes, yes I am tired ☺️ 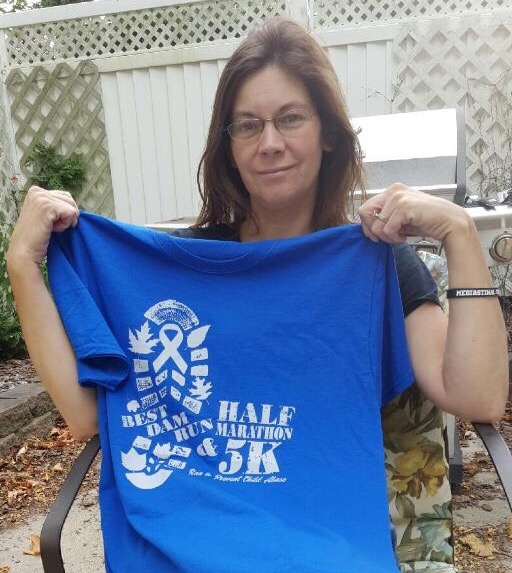 I know, it’s not like this is the only 5k and I will have plenty more to partake in! And that is my next goal!

So with all the frustration over my appointments, still getting no relief for my back and missing out on the first 5k I had signed up to do in so long, well…I think God’s timing with the book was perfect!! After almost two years, it is complete and I actually have a book, a huge accomplishment for myself that I couldn’t have done without my husband encouraging me along the way! And so much support from all of our family and friends who shared my links and our posts to get the book out there in order to help bring awareness to fibrosing mediastinitis!

A little sunshine peeking through the rain…a big God showing His grace!

And I got to hang out with this cutie for the night while everyone else was at the football game so as far as I am concerned, what’s a little back pain when I’m surrounded by so many blessings?! Enjoy the beautiful weekend everyone! 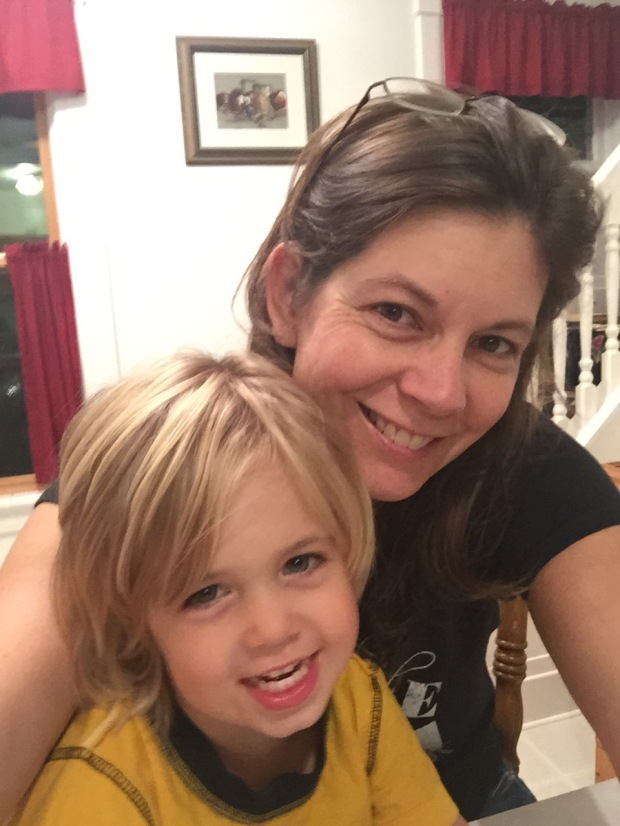