So, for those of you who know Tim, you know that his birthday is a VERY big deal. September is HIS month and his month alone! Yet, his sister has a birthday in September?? Why didn’t his parents plan this better so that Tim did not have to share his birthday MONTH?! And his own brother sucked some joy out of Tim’s month as well by getting married…ONE day before Tim’s birthday!! The nerve!! Ha ha! Happy anniversary to Aaron and Dawn by the way…and you all know I’m just messing 😂

I learned early on just how important Tim’s special day meant to him when he joked that he celebrates his birthday for the whole month. I also discovered ( the hard way) that when Tim says he doesn’t want anything for his birthday…that is simply not true!

So of course he was joking about having a “birthday month” but I decided to call his bluff one of the first few years after we were married. I bought 30 gifts and on September 1st I began leaving them out in different places. The first day he didn’t think much of it as I had been known to leave him notes here and there with a little something.  I had left him a candy bar and he went along with his day, although he did question why it was wrapped! However, after the third day of finding gifts out in the cow barn or out in his truck, he finally caught on and was pretty excited! He assumed the gifts would stop after his birthday but nope, every day he continued to find presents throughout the remainder of his birthday month.

That was the year he banned me from buying anymore dewalt tools 😉 but really, do you know how hard it is to actually come up with 30 gifts?! It’s not as easy as it sounds and some gifts were big, some small but the best part…he received so many things that when I got in a bind the following years for  Christmas or his birthday, I was able to go out to his shop, find something he had yet to open and yep, I gave it to him again! And he didn’t even notice except for the fact I told him only because I felt bad!

I was worried how I would pull today off because my health has been so bad along with this back pain over the last month that prevented me from getting any shopping done, let alone barely functioning through the days.  I was able to get Tim some simple presents, nothing exciting, but the kids and I were also able to do a little decorating….which Asher picked out 😉

Tim and I had just  been talking about what a rough week, rough month, rough year it has been between my health and the ups and downs with his job. It was so bad we even joked that the recent snakes around our house (which are one of Tim’s biggest phobias, and I just hate anything that you can’t kill by stepping on) were signs that the enemy was coming at us full force! My limitations and insecurities as a sick wife and the uncertainty of Tim’s job always seem to crumble down on us at the same time, and lately, it’s been all the time. But we keep praying and moving ahead!

So, with all the joking about my husband being so wrapped up in himself…no pun intended…get it?! Haha, anyway, he has proved over and over that he puts his family before himself! He will do whatever he needs to do to protect us and provide for us…and that is why I like to try and make his birthdays special.

We were able to make the most of his birthday by opening presents and doing cake and ice cream with the kids. 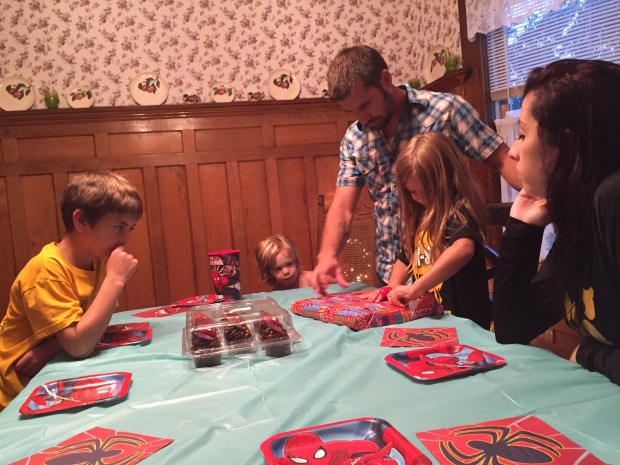 Why we need to get away once in awhile!

I was also able to surprise Tim with dinner reservations at a local restaurant in town while Skye babysat but I must say I never ate so fast! My position times are extremely limited to how long I can sit and how long I can stand due to my back and leg pain. So while I’m almost done with my meal, Tim is barely getting started! It was a nice night though!

It’s the times like this that I know we will be okay. While I didn’t have 30 gifts for Tim (which by the way I will never do again), we still found time to celebrate with the kids, but we also took time for ourselves. I am so thankful to have him in my life and while we are far from perfect and have a lot of things to improve on, we continue to push forward in this life together! We had a great night and I am glad to be celebrating another year with my husband.

Happy 36th birthday babe…you’re an amazing father and I guess an okay husband! 😍 Thanks for walking beside me through the good times and the bad, and especially sticking by me when it comes to my lousy health😉 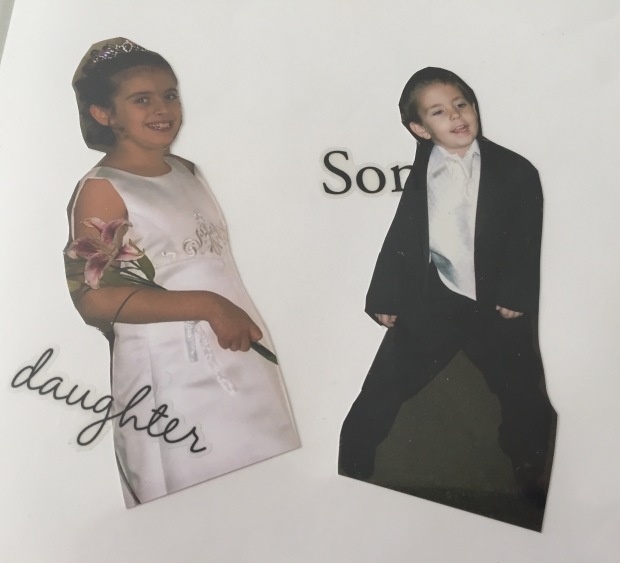 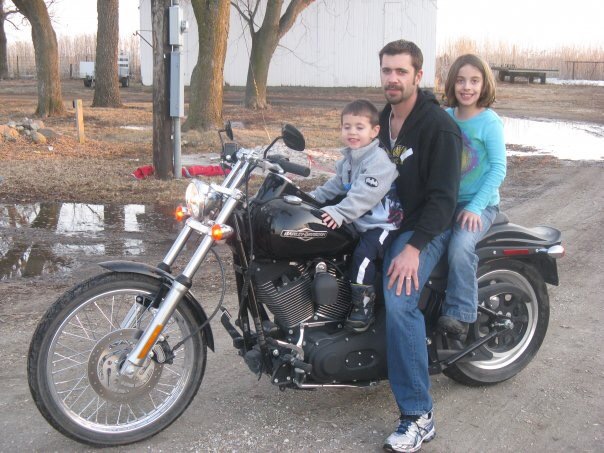 Watch out ladies…actually just  run…and take your children with you!!! 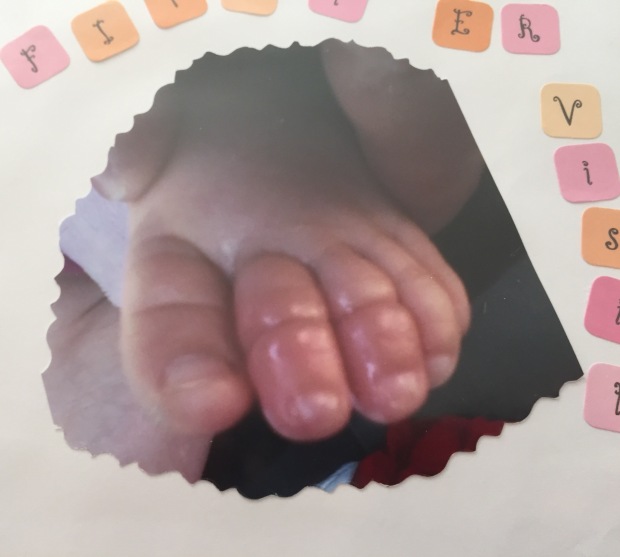 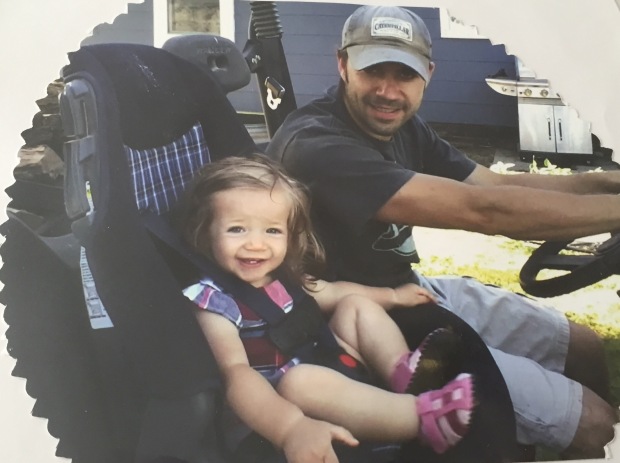 This picture has always cracked me up! 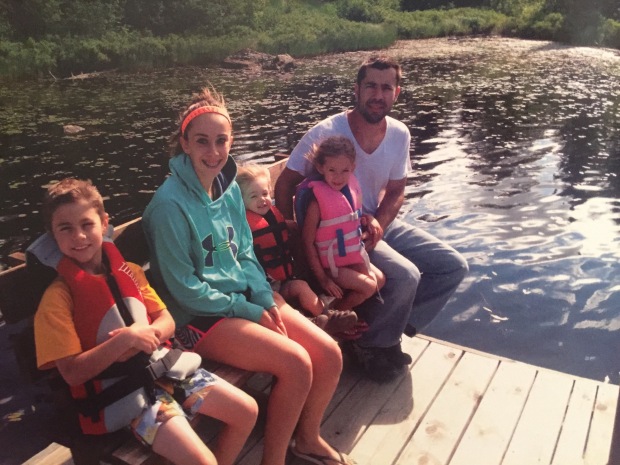 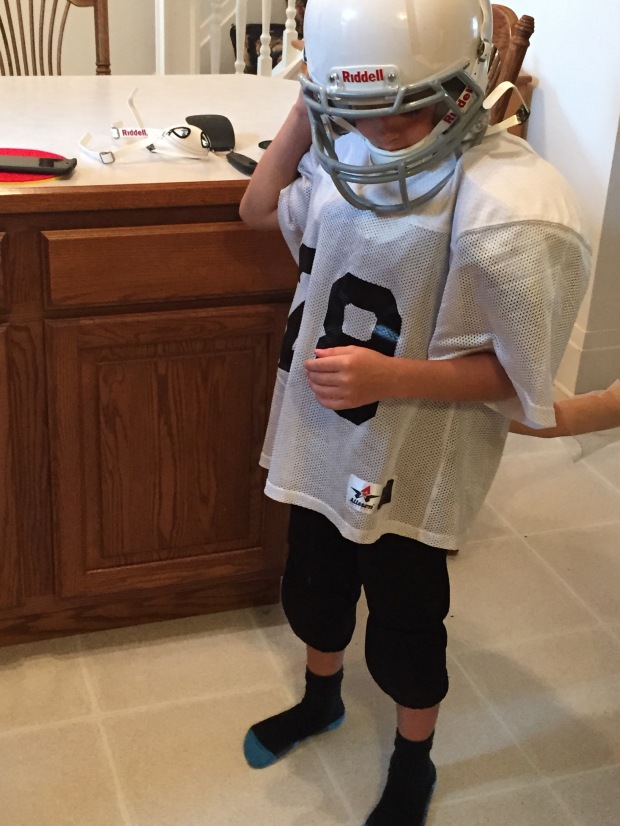 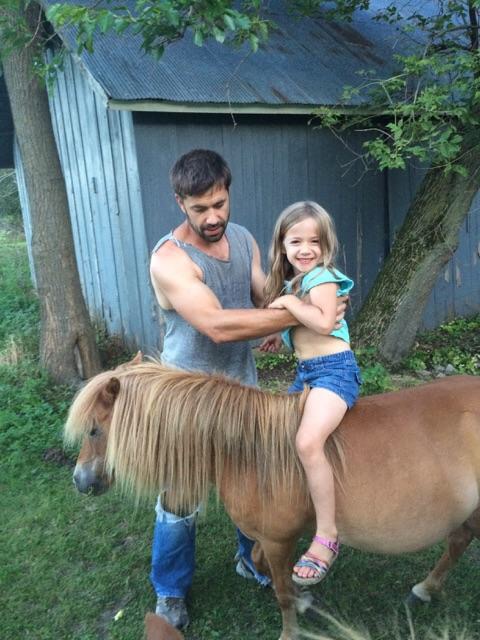 Yes…Asher is licking his reflection… 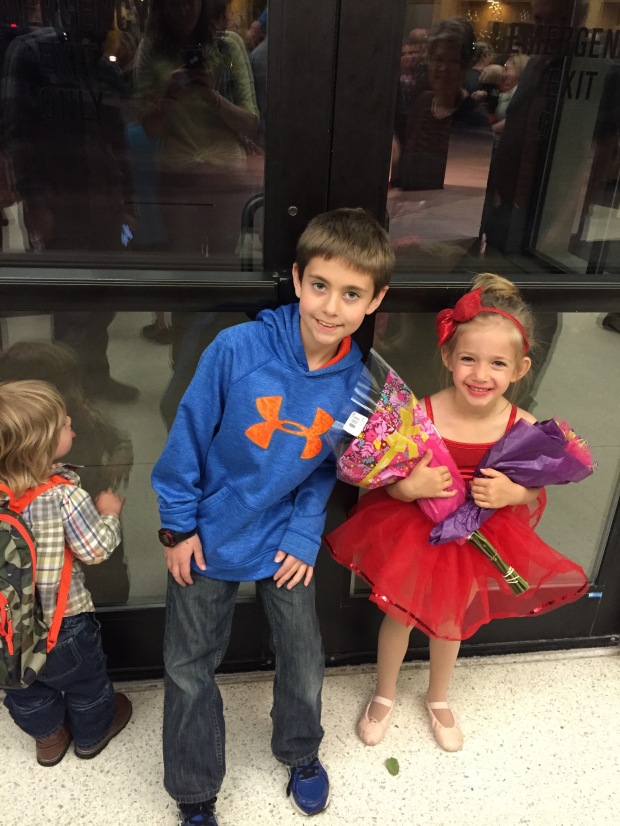 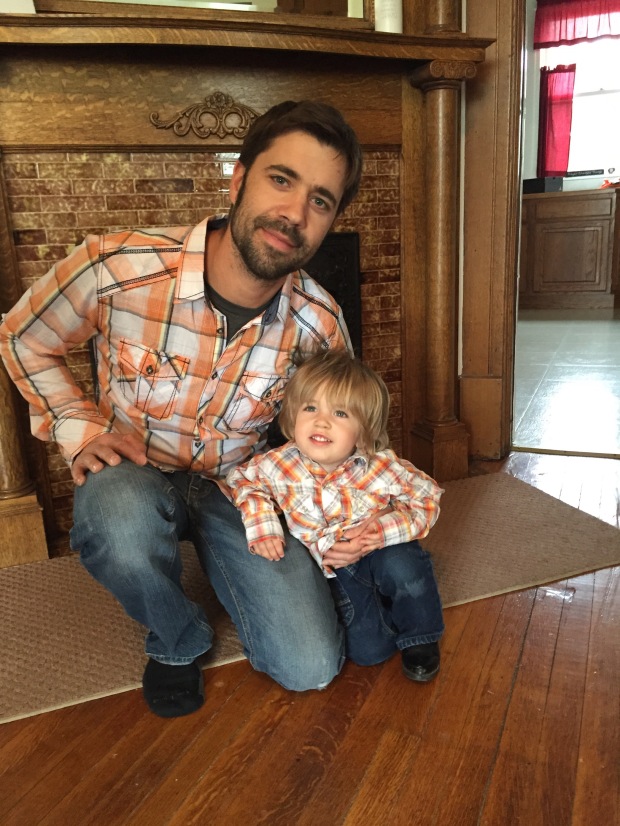 God brought our broken paths together and blessed us more than we ever could have imagined! Happy birthday babe! Love you always and forever…but not in a scary stalking way 😘