Tuesday morning my mom called the neurosurgeon to see if they could give us an estimate as to how long it would take to schedule an appointment with the doctor, even in somewhat of an emergency situation. The receptionist stated it could be a week before he even was able to review my scans due to the number of referrals they get. However, the receptionist did encourage us to go to the emergency room after we explained some of the symptoms I was having.

The fact that I had already went to the emergency room once, with the same symptoms, and got nowhere, I still hesitated if I should go or not. But I was so miserable and while I had even resorted to trying a walker that gave me no relief, I decided that it was probably time to go again. While the walker didn’t help me, Asher sure did enjoy the new “toy!”😜

Once Tim got home and after some talking we both agreed that I would just go to the emergency room and at least this way we would know if waiting another week was a good option for us. Of course I figured I would go, they would give me more drugs and then I would be sent home to wait until I could schedule with the neurosurgeon.

In the meantime a friend of mine from church had texted me out of the blue saying that she was praying for me. So I filled her in on how I was actually on my way to the hospital and she replied that her husband was working in the ER. That did give me some instant comfort knowing that I would be walking into the emergency room with someone who knew me and a little bit of my history.

Once to the hospital, I got checked in and the nurses did some testing and then took the copy of my MRI I had brought in to show the doctor.

Once the nurse came back she reported that they were going to be admitting me to the hospital and yes most likely I was going to be having an emergency surgery for my back. I was relieved and scared at the same time.

While we were waiting to get all of the arrangements made, our friend who works at the hospital came over to visit and said a prayer with us and again that just filled me with such comfort. He then told us that we were very fortunate because actually it was Dr. Buchanan that was the doctor on call and if it wouldn’t have been him they would’ve had to send me to Iowa City.

And this is where my tears started up because in that moment it took me back to when Dr. Youness was the only doctor that could help me and had just “happened” to be in the hospital on his day off the same day I was there.

So getting me to the ER that night and Dr. Buchanan being on call made it very clear to me how God was working and lining everything up to take care of me. A lot of people told me that it was luck or coincidence but for those of you who know me, know that I don’t believe in luck, it was all God’s work and all in His timing!!

So Tuesday night I got admitted to the hospital planning to do surgery at 5pm the following evening.

My parents and sister showed up to keep me company when Tim and Skyler had to leave for chore duty…and yes Michelle, I remember that you were there before and after my surgery! BUT, I don’t remember what I did or said to make you laugh so you can share details the next time we’re together…possibly in private?! ha ha!

The nurse, however, the next morning came in and said that Dr. Buchanan had been reviewing my scans again and decided to bump my surgery up to 10 o’clock that morning instead of 5pm that night!

From the bits and pieces that I remember, this was one of the worst cases the doctor had ever seen and in fact I didn’t know how bad I was until I saw my husband’s post the next day…

Needless to say…my pain was validated! So while my throat and voice are scratchy from the breathing tube, my nose is dry from the oxygen tube that I had to wear for quite some time and I am sore from the surgery…I can walk…and stand up straight!! I actually feel amazing considering how I was before!! This pain can’t even compare to the pain I’ve been enduring over the last six weeks!
BUT, I also know I do have a challenging recovery ahead of me as I can’t drive for a few weeks and I can’t bend, lift or twist for at least six weeks! How do I avoid that with my little ones?

I also have a nausea patch behind my ear and a very soft brace wrapped around my entire mid section, more or less as a reminder of my limitations. And trust me I am going to make sure and follow these rules as closely as I can because there is a chance of the disc herniating again and I do not want to ever experiment that excruciating pain again!!

All of you people who continue to pray, help with the kids and provide meals or send simple texts to check on me…God’s love for me is pouring out through all of you and that comfort is absolutely amazing!! And the flowers are nice too😍😉 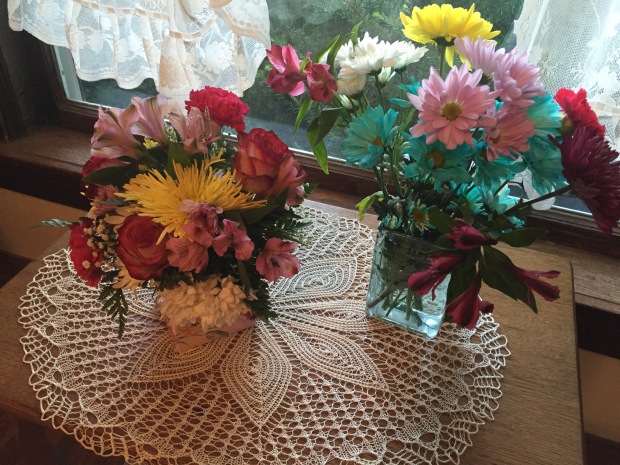 So now I do need to ask for yet another prayer request. My mom had been helping out with the kids and was at the hospital every night with me while I was there. She is a strong amazing woman who would be there for me and has been there for me in a heartbeat…both my mom and dad have been!

But now it’s time to lift my mom up in prayer as she goes to the hospital tomorrow. She has a lot of health issues too and had a doctor appointment today. She has been experiencing some new symptoms recently and may possibly need more stents in her heart! Prayers are appreciated that the doctors can figure out what’s going on so they can do something to help relieve her symptoms and get her back to feeling better!

Love you mom…God’s got this😍 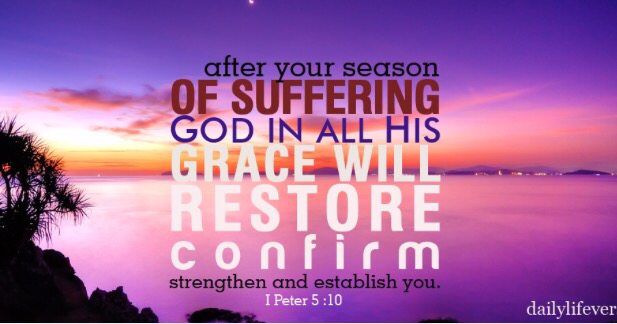 One thought on “Standing tall…”