Today I got up early to help out with cow chores. While the cattle operation is running fairly slow right now compared to how many cows Tim typically has, it was still enough to make me exhausted by the time I got home.

I was greeted at the door with screaming kids, well, by Asher screaming and the other kids just saying “hey” as they went about their morning. As I was helping Leah and Asher with their breakfast the heart palpitations kicked in, to the point that I found myself gasping for air, followed by some coughing. This is an annoying symptom nobody can figure out how to stop and thankfully, for the most part, they aren’t always this severe.

I told Skyler I was going to go rest for a few minutes and an hour later she woke me up to let me know she was heading out to go tubing with her friends for the day. I could hear the kids playing downstairs so I took my time getting out of bed. Things seem to be working in our favor right now so I told myself “of course, now my fm is going to harass me”.

I was having a pretty rough day with my symptoms so this naturally led to some guilt and negative self talk about the stress and challenges I bring on as being a sick wife. Because of my sickness, I can no longer carry a full time job, therefore, losing our family health insurance and my life insurance, not to mention the extra income. Because of my sickness, my husband is working another job on top of our cattle operation to bring in extra money…to pay for insurance that we now have to pay out of pocket. Because of my sickness my husband can’t rely on me to help with anything bc we just never know how healthy I am going to wake up and be able to function for the day…oh and the thoughts could go on and on. Not to mention all of the insecurities of being a woman! How can my husband love me when I am always sick? How can he find me attractive when my bad days seem to be more often resulting in extreme fatigue and going to bed when the kids do…making no time for him!

I started to become angry and sadly…I became angry at Tim. I started justifying my insecurities by thinking if he didn’t expect so much from me then I wouldn’t push myself so hard which only results in me being sick. He has no clue how I feel and no idea how hard it is to go through life with one lung and a bad heart! I was in a self pity mode and decided I had better pray and get my devotion in if I was going to get through the rest of the day!!

Tim was going to be home soon for lunch so I had to calm myself down before I lashed out on him the minute he walked in the door…and all because of my negative self esteem!!

Lunch time rolls around and Tim came home for a quick ham and cheese sandwich that I had prepared for him. He was filling me in on how his morning had gone and randomly expressed some verbal emotional gushy stuff to me…and he is not one to do that very often haha.

And of course the tears just started to flow!! I’m pretty sure from here on out…Tim will debate if he should ever come home for lunch again haha! Here I had let my insecurities about being sick make me doubt my ability as a wife…and yet Tim had been at work all morning thinking the complete opposite…appreciating how lucky he was to have me as his wife!

To hear your spouse say how much they love you on some of your worst days is the best medicine!! Those three minutes of him expressing how blessed he felt to have me in his life was exactly what I needed to hear and God’s timing was right once again!

And that little push was what I needed! I instantly became overwhelmed by the little things that I have been able to accomplish!

And I reflected on how far the Lord has brought me over the past year!

At this time last year, I was recovering from an unsuccessful surgery in regard to my endometriosis. I was pretty discouraged knowing that yet once again, this health issue would be another “learn to live with the pain” scenario and since the surgery didn’t work, I still had a lot of physical discomfort…but then only a couple of weeks later, I began experiencing horrific back pain. The pain was tremendous, even with the slightest amount of movement and my right leg and foot had become so numb that I could barely move it well enough to walk, which the pain had already prevented me from walking anyway. The only time I even attempted to move from the floor was if I had to go to the bathroom, I would crawl on my hands and knees to get to my destination…all while flinching in extreme pain. And as you all know, this resulted in not one, but two back surgeries within a few weeks apart due to the severity of damage in my lower back.﻿

For some reason, the other day was an emotional day for me and everything I did, I found myself tearing up from overwhelming joy. Like I said in the last blog, circumstances have kept us even more busy this last few months and I am so thankful that my body has been behaving…for the most part, minus a bad day here and there. I am able to help my husband out…I am actually able to follow through with what needs to be done. And that is huge for me!

Of course I am doing it at my pace, a slower pace than Tim probably prefers, but I’m doing it! And I take naps throughout the day!😉

Everything I did that day just brought me so much happiness…so what did I do??

Well, I ran to the bank, I did the morning cow chores, even washed a few buckets, started some laundry, emptied and filled the dishwasher and worked out in the yard. As I was mowing I looked over to check on Asher…and I couldn’t stop smiling! Top half dressed in winter clothes while his bottom half in summer clothes! Hey, in his defense, Iowa weather does change fast!😂😍 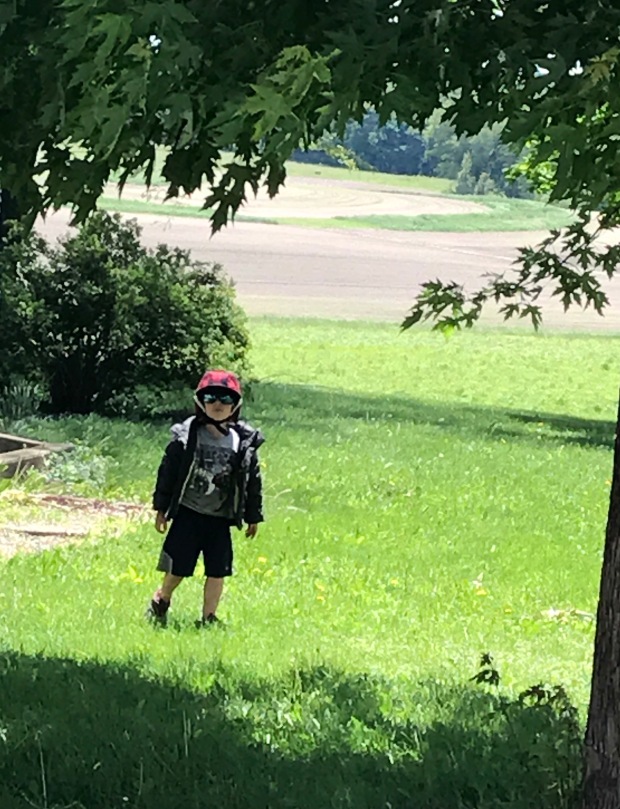 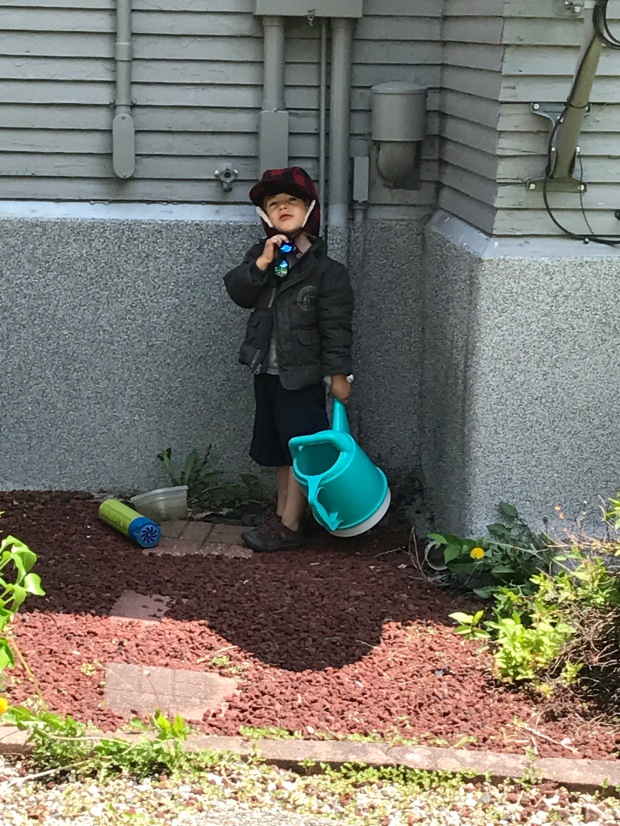 The gratitude continued as I made the family dinner, was able to drive Leah to dance and picked up a few groceries. Once everyone was home from all of the nightly activities, we spent the remainder of the evening outside. As I watched Nathan and Tim put up fence in between his peas… 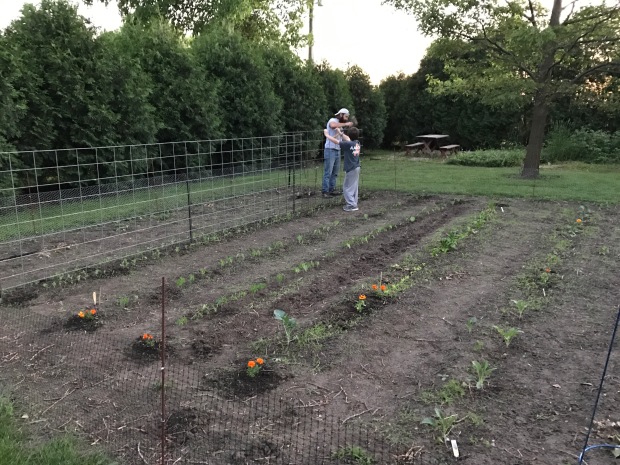 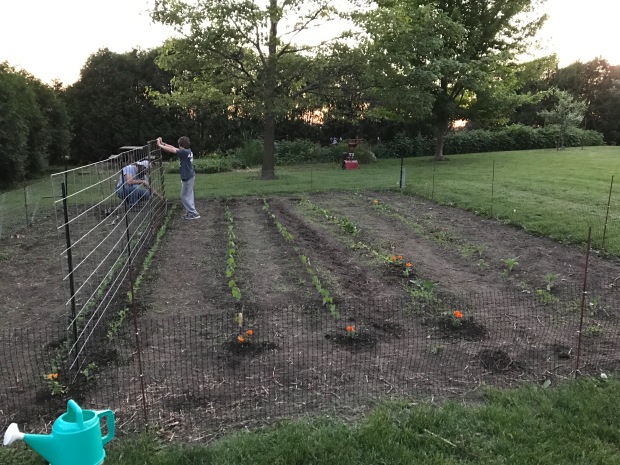 that sense of peace and joy rushed over me yet again!

I did just about everything for the garden this year! I tilled it, I planted the seeds in rows, which may be a little crooked but hey, the first time I ever did it by myself. Haha! I even put up a little fence around the entire garden to keep the bunnies out…and last year, I had never even made it outside due to all of my health issues.

So, while the other day was “just another day,” it was a day that I was healthy enough to live it. My back and leg pain were not significant enough to prevent me from carrying in the groceries or driving Leah to dance, my heart was strong enough to keep up with the activities I did and while I still took frequent breaks due to the shortness of breathe…I was able to continue on with my day!

With my illnesses, I know all of my health issues can strike at anytime, and a good day today does not guarantee a good day tomorrow, in fact, my really good days almost guarantees tougher days to come…the previous days had proved that!

So, if I wake up again tomorrow consumed with pain and nasty symptoms that keep me in bed all day, while my circumstances change daily, sometimes even by the minute, the only thing that does not and will not change is God’s love for me. And while I am extremely thankful for such a healthy day, I will continue to praise Him in all circumstances. God is good!! 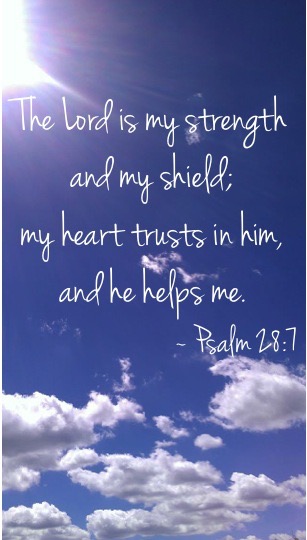