I don’t always recognize how much the ups and downs of my illness affect my family until we are kind of blindsided with discouraging news.

My cousin called me Monday joking that I am totally living the life…home by myself while kids are at school and the husband is at work. I can do anything I want, it’s like I’m on vacation she said!

She had the day off, had just gotten back from the gym and was going to start cleaning house. She was loving her alone time…but then she did get serious and asked how I was feeling. She knows my life is anything but a fun day off or vacation. I am very grateful for a family who really “gets it”.

Today, however, I had a good update for her! I explained that I was busy decluttering my house and had the motivation…and energy to finish the project I had started! I believe my exact words were “my stents obviously stayed open this time because I am able to do some things!” We continued our conversation for a little while longer, always including some laughter throughout our talks and then we both decided we should let each other go so we could keep our motivation going!

I decided to walk on my treadmill and take advantage of my good day but my workout got cut short as I received an unexpected phone call…from my heart doctor. Once he began talking…it all came back to me. Bear with me because I know my illness is very confusing and hard to follow at times!

I had forgotten I had seen him a few months prior to my SVC doctor and he had been anxious to do a scan of my chest to check my pulmonary artery stents. At the time, we had decided that he would just wait until I did my scans in December for my SVC doctor. This way both doctors could see what they needed to see and I would only have to do one set of tests.

While talking to my cardiologist the other day, he explained that he had some concerns about one of my stents…that problematic stent we had already decided probably wasn’t worth going in to open. He said the scans concerned him for the fact that not only did my one stent look to be closed, but I had more veins and arteries blocked. He discussed my options but then reminded me that they could not do anything for that section of my lung so the more damage that occurs, the more symptoms I just have to learn to deal with. For this reason, my cardiologist felt we should now try to open the stent he thinks might be closed and said “we need to keep whatever arteries and veins open that we can”.

It seriously had only been a few hours since I was telling my cousin how well I was doing…actually the best I had felt in a long time!!

My doctor and I discussed my situation in more detail then I told him I would get back to him as to whether or not I wanted to do this procedure.

Ugh. Another surgery! Another right heart cath in which they will go through the groin…all for minimal effect!! It hasn’t even been a month since my last procedure to open up my other SVC stents!

My husband and I talked it over and he agreed with the doctor that I should do the surgery. I, however, was not as eager and have been dragging my feet ever since. Another procedure means another week or two of recovery and taking this slow.

I have been praying over what to do even though I know the answer! I feel pretty good! I am cleaning house, doing my treadmill and participating in all of the kids events! I was playing volleyball and diving into the sand over Christmas break! I know my SVC stents finally stayed open after the most recent procedure this time because I have been so active.

And then I thought of one of my first bible study fellowship readings when we focused on Joshua! Have you all read that book? It seems like the same thing over and over…and over and you start to wonder what in the world God is up to. And I couldn’t help but think of my life as that…except not as gruesome haha!

So guess who the first person I called was?? Yep…I called my cousin and told her how I was living the dream life haha. She agreed it was discouraging but was able to make me laugh and recognize what I obviously needed to do. And then I reached out to my mom, my sister and a couple of others who don’t like reading my updates on the internet and want to hear from me first. Their reactions were all pretty similar. I could hear disappointment and frustration…and heartache in their responses and they told me I “had to do it”. They were almost pleading with me to do this procedure sooner than later. It was very clear some of them were fighting back tears as they continued to convince me to get things lined up and scheduled.

And it hit me again…the severity of this disease…the unknown. And how it doesn’t just affect me…but everyone who loves me. Like my mom said…she hates this disease!! I definitely agree with her on that!

My SVC stents we’re finally open and I felt the best I have felt in a long time…and now this!! And what’s even worse is this procedure is more preventative than reactive…which I guess really isn’t a bad thing but I might not even be able to tell much of a difference! And that is frustrating because I like to experience immediate results!

Needless to say, I am waiting for a call back to schedule the surgery.

I don’t know what God is doing in my life…I don’t know why he won’t simply cure me or “fix me”…but I trust Him. I know He is doing something amazing throughout all of this…I just might not know what it is that He is doing!!! But, I do know I am closer to Him more than I ever have been so that alone is worth the struggle!!

Unlike my last blog…I don’t have a lot of happy pictures and good news. But I do have this…and this beats a vacation picture any day! 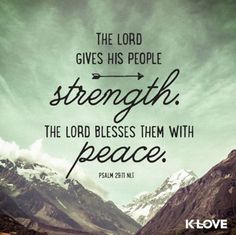