And just this morning I confessed to my mom how the fm symptoms have been fairly intense recently, enough for me to lose focus on the positive and make me grumble under my breath about being sick…of being sick. Oh yeah, and I broke my toe! 🤓 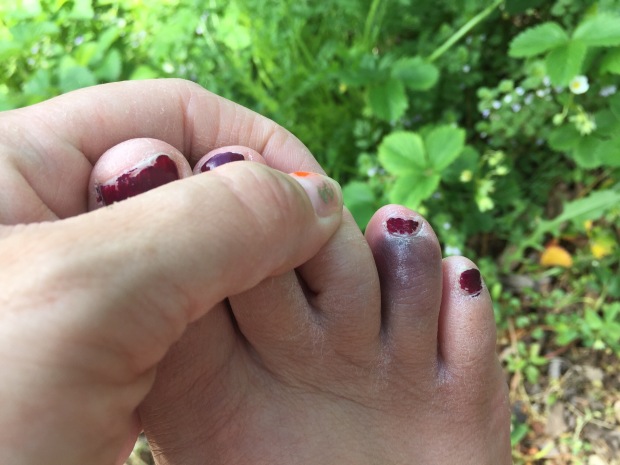 Shortly after I told my mom how lousy I had been feeling with so much pain throughout my entire body, the fogginess and shortness of breath, I acknowledged that at least I wasn’t stuck in a hospital and things could be so much worse. Things will get better. And then Tim called…

Skye had texted him last night wanting to start working with him for some extra money. Well, according to Tim, she just loves his company and wants to hang out with him all summer! 😜 Tim had some things he needed help with so Skyler met him over at the farm this morning.

And when Tim called me later in the day he started the conversation off with “we had an incident,” much different from his typical “man she’s got attitude” comment when she’s working with him! 😝

I immediately knew something was not right as he began to fill me in on what had happened. Skyler had collapsed and as he continued to share with me the details of him catching her and carrying her out of the room to sit her down, my heart raced and instantly I began praying that she had not had a seizure…because she outgrew those from about 8 years ago. That’s not supposed to be an issue anymore.

I met Tim at the hospital and once he had given all the details that he could, he took Leah and Asher back home. But I think Skyler enjoyed their quick visit… 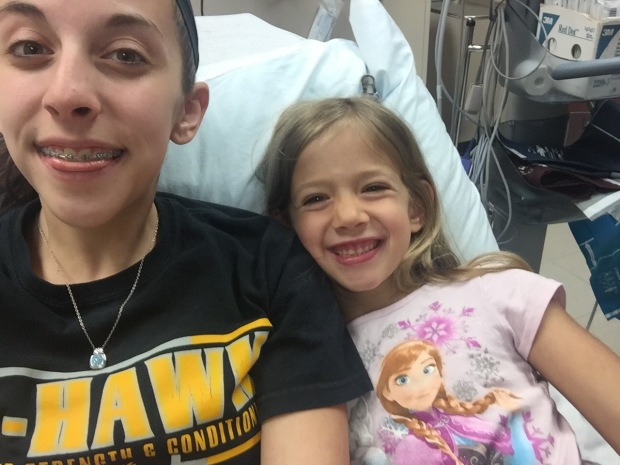 Labs, chest X-rays and other tests were done, all which came back normal. Skyler insisted that she was fine now and I guess if she’s still taking selfies…that’s a good sign!

She handled herself well throughout all of the testing until she found out she had to wear a heart monitor for the next 48 hours and she got grouchy. And I sat there encouraging her all while trying to hide and fight back the tears.

She immediately shot off a look I know all too well followed by the defiance of not playing by the rules or listening to the doctors. And just like that…through her quick flare up of frustration and stubbornness, I saw myself! And I hated that it was Skyler in that bed and not me.

And of course it was hard for me not to go there…to that spot! I almost let this break me.

Labs, X-rays, heart monitors….with no reason for her episode! So many tests with no answers. This is not happening to my aprilskye! And the pleas and bargaining with God began but I quickly realized how wrong I was to be praying like that. But when it’s your child?? I was praying out of selfishness because my kids shouldn’t have to be hurting. I have always said I had enough health problems that they should be covered…healthy…throughout their lifetime. They shouldn’t have to go through the crap I go through!

I quickly went in to joking mode and then Tim had also started texting her some silly things as well, and Skyler eased up, agreeing that wearing the heart monitor for two days wouldn’t be so bad. I mean this day was almost over then Thursday she gets it off so really it’s just like one full day! 😉

We will see what the results bring, hopefully nothing. Tim keeps playing the incident over and over in his head, trying to justify why Skyler might have blacked out. This work was nothing new to Skyler as she has helped him several times throughout the years. He kept suggesting different reasons. Wanting it to be a simple explanation, which we are still hopeful that it is something simple.

Later in the night after Tim had been gone a while for chores he simply texted me “look to the east” which I did put on my shoes and went outside. We have had a lot of bad weather lately so I assumed maybe some dark wall clouds…because I think everyone knows what a freak I am about getting the perfect picture of those right Ryan and Sarah?😜 haha! But nope…a double rainbow. 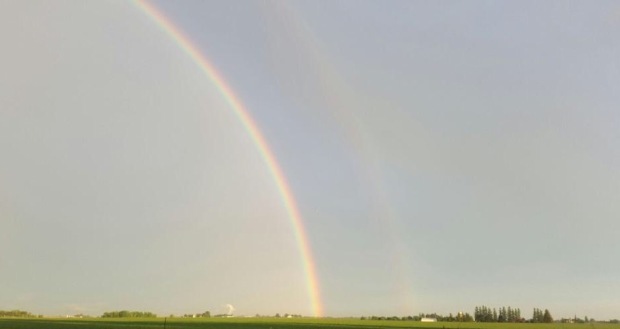 And what did my pathetic emotional self do?? I stood out in our driveway and cried! Haha! First I cried because I expected to go out and see what our life seems to be full of…a bunch of dark clouds hovering over us. But then I cried because I finally saw amazing beauty in the day…beauty in the weeks that have been so dark! A reminder of the promises and goodness God has in store for us!

And THEN I cried because Tim thought of me to go out of his way to text and tell me to go outside and see the rainbow! He sure does have his hands full with me! 😂

So yeah, I’m a basket case lately and while I might cry or be sad and angry on occasion…that doesn’t mean I’ve lost my faith…it means I’m human! God loves Skyler more than I ever could imagine so I know He’s got her…He’s got all of us.

Prayers greatly appreciated as doctors try to find answers for us.