Yes, Tim still has his beard. No, he hasn’t cut his hair. I don’t know when he will cut his hair or shave…

Those are my typical responses to the questions that come up in just about every conversation with family and friends. While the majority of you know why Tim went against his annual rule of shaving his beard after three consecutive days of 70 degree spring weather, for those of you who might not know, let me fill you in….

On November 13, 2016, Tim lost a big part of his life…his older and only brother Aaron passed away after battling leukemia for over three years. This would turn “no shave November” into “no shave at all”. The day of Aaron’s funeral, the weather was beautiful and sunny but the following days, it turned cold and windy and the sun had disappeared, a good indicator that winter had settled in.

As the months went on, Tim’s beard really took off and it grew in thicker and longer. By the time spring rolled around, I was patiently waiting for him to shave that thing off!!🤣

He continued to struggle over the loss of his brother so in order to somehow find comfort in Aaron’s death, Tim got back in to  reading the Bible and his devotions. He came across this verse…
Judges 16:17 “If my head is shaved, then my strength will leave me, and I shall become weak and be like any other man”…and he figured that was the perfect verse haha. He decided he would see how long he could go without shaving or getting his haircut as a way to honor his brother. I did point out to Tim that if Aaron knew he was doing this he would probably make fun of him, tell him he was an idiot and looked like a homeless man. Tim agreed. 😊

As his beard continued to grow, Tim started to receive several compliments and his beard became the topic of daily conversation.

Everywhere he went, even if it was just to the gas station, guys were stopping him to admire his beard!!! And if they didn’t stop, they made comments to him in passing….at least this is what Tim was saying, until I witnessed it myself!

For instance, awhile back Tim and I got invited to a charity dinner. I asked Tim if he was going to shave for something a little more formal…I didn’t tell him to shave because when he is growing his beard for his brother…well, I didn’t feel it’s my place to tell him otherwise. Tim said no he was not going to shave and I will admit a part of me was saying to myself “dang it….c’mon!!”

So, we got dressed up and headed to the dinner. Tim and I joked that they would probably call security once they saw him with such a long beard, but NO! The FIRST thing that happens when the man opens the door for us….the guy looked at Tim and said “man I wish I could grow a beard like that!”

I couldn’t even make eye contact with Tim but once we were out of the man’s earshot I turned to him as we were both already laughing! I quietly yelled to him “are you kidding me?” Tim simply replied “told ya so babe” and gave me a wink with his cocky head nod!😂😂

I figured okay, whatever, one guy said something but I know Tim is exaggerating about how many people really compliment his beard.

Yet once again, the next time I was out with him…we were walking along the sidewalk and this guy walks past and says “good beard game man”. Seriously?! After that I began paying attention and realized Tim was right!!! Everywhere we went he was getting compliments!!! And it was guaranteed that just about every guy that talked to him said they wished they could grow a beard like him. Are you kidding me?!😂 And these guys are genuine!!! They’re not just saying it to mock him or to humor him!!!

I will say that Tim has put a lot of time and effort in to his beard and exactly 8 months 12 days, since Aaron passed away…is how long it has been since Tim shaved or had a haircut.

For the most part 😉, I have not discouraged him in any way to shave because of the reason he was growing it. I love him for being so passionate when it comes to his family…bearded or not.

I also know that it will be extremely difficult when he does decide to shave because him and Aaron were infamous for shaving weird designs or seeing who could do the most outrageous thing when they shaved their beards. And now when Tim decides to shave, whatever crazy style he comes up with, this time we will not be showing the pictures to Aaron for him to come up with a better design than Tim.

Tim has wanted to explain to others why he has long hair and hasn’t shaved but he says his “beard chats” are always so positive and upbeat that he doesn’t want to bring the conversation down by discussing the reason behind it. And even though the reason is heart wrenching, I think the compliments and ridiculous amount of conversation it stirs up…has been an encouragement to Tim and helped him through some of his tougher days.
He has a big heart for those that he loves and I admire him for that.

And not to mention the wink he gives me when he comes home from chores!!

Haha…His sense of humor still shines through that wild and massive beard!!!

So there you have it. Tim could shave before I post this or…oh wait…what’s this?! What is going on?? 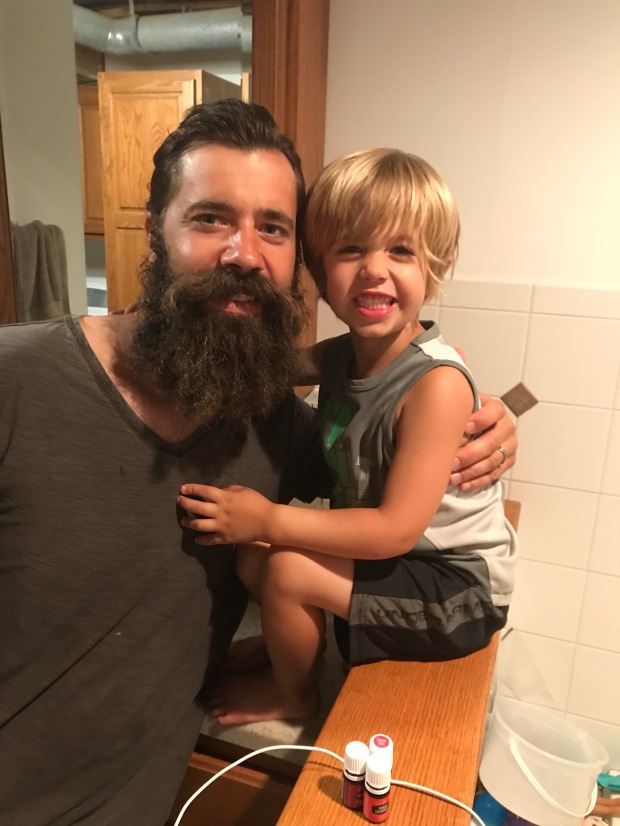 Is it really so? 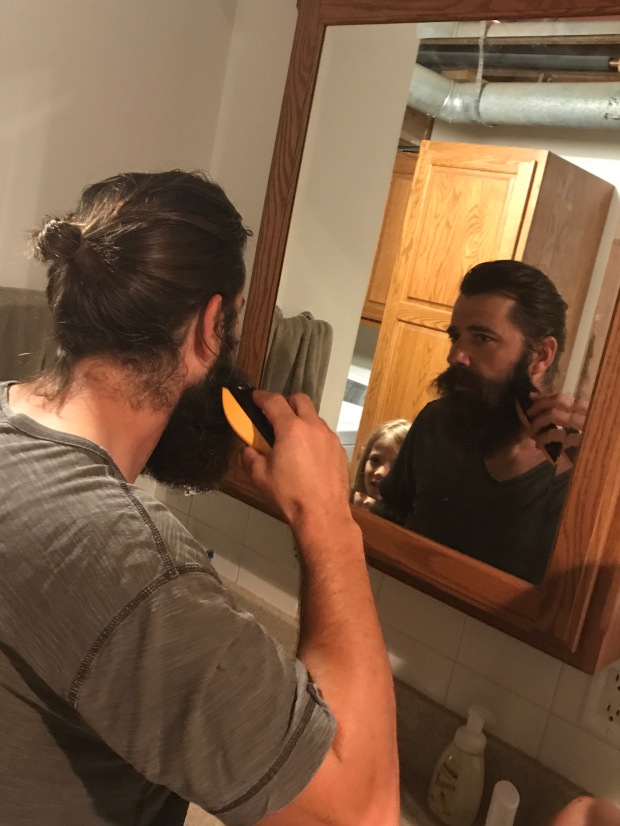 It doesn’t seem real! He’s shaving!!! These are for you Aaron…and while the beard is gone, nothing can shave away the amazing memories we have of you. You will never be forgotten!

Not to mention… I’m kind of excited to have my hubby back…and the long hair isn’t too bad either!💕😍😘 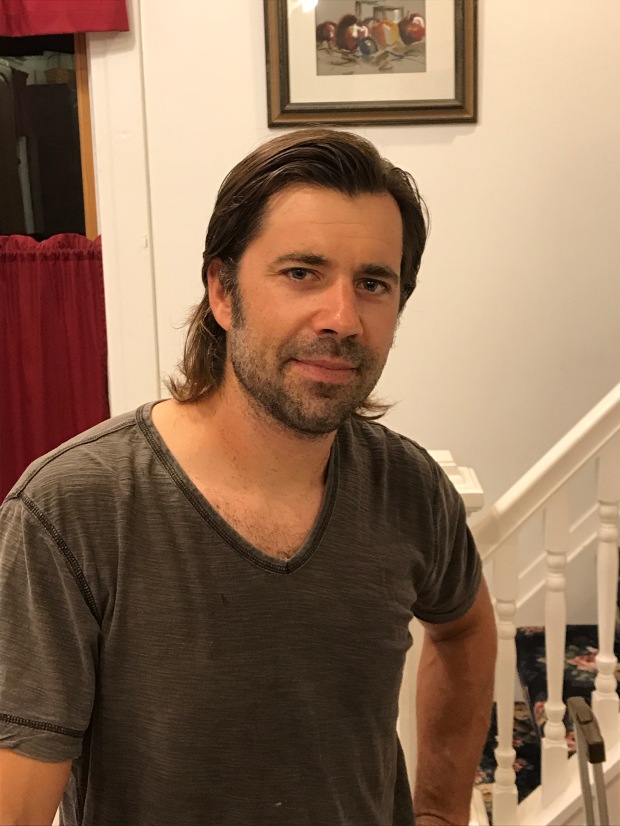 2 thoughts on “The manly man behind the beard…”